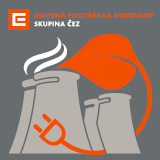 THE VOLUNTARY ASSOCIATION OF HROTOVICE REGION

is spread over the territory of the Vysočina region in the southeastern portion of the Třebíč district. It directly borders upon the Znojmo district and Brno-venkov, which forms part of the south Moravian region. The Voluntary Association of Hrotovice region was founded at a constitutive meeting on 26. 7. 2000 and was entered onto the registry of special-interest associations on 18. 10. 2000. The founding members of the association were the municipalities of Hrotovice, Bačice, Biskupice, Dalešice, Dukovany, Krhov, Litovany, Odunec, Přešovice, Račice, Radkovice u Hrotovic, Rouchovany, Slavětice, Stropešín, Třebenice and Valeč. In 2009 the municipality of Zárubice joined the association. The association is currently composed of 17 municipalities with 7400 residents and an area of 18,408 hectares.

The Hrotovice topography forms part of the Moravian section of the Czech-Moravian highlands, which is designated as the Jevišovice uplands, and forms its eastern border. It is augmented by the wide breach of the Boskovice gully, which borders on the Bobravská uplands. The northern and southern edges of the territory are traversed in an east-west direction by the rivers Jihlava and Rokytná, forming a deep valley with woody slopes. The entire territory does not significantly exceed an elevation above sea level of 400 meters. The above-mentioned nature areas situated along the flow of water constitute the most significant scenic tourist attractions in Hrotovice. The northern limit of the microregion is naturally complemented by the Jihlava River, whose flow is interrupted by the Dalešice and Mohelno water reservoirs. The Dalešice water reservoir, in particular its left shore, is a popular site for sport fishing and recreation.

The territory of the microregion is encroached upon by the Central Pojihlaví Nature Park, which features the Jihlava River canyon downstream from Mohelno, with its natural forested rocky outgrowths and screes featuring marked flora. This constitutes the westernmost promontory with thermophilic vegetation in the territory of the Czech- Moravian highlands. However, the outstanding natural attraction of the Central Pojihlaví is the Mohelenská Hadcová Steppe National Nature Reserve, founded in the year 1953, which is situated close to the northern border of the microregion. This unique rocky and turfy Czech steppe is host to many rare types of flora and fauna, dependent upon very specific conditions for sustaining life, and the chemical composition of serpentine. The reserve offers two educational trails – a spring trail with a length of 3.5 km and an autumn one that is 4 km long. The Rokytná Nature Park was established along the meandering route of the river bearing the same name, and its tributary Rouchovanky, and forms the southern border of the microregion. The well-preserved regional nature and the unspoilt forest growth are popular destinations for recreation seekers and tourists.

The natural characteristics and topography of the Hrotovice region provide the ideal prerequisites for activities related to cyclotourism. One of the long-distance bicycle paths, the Jihlava – Český Těšín trail, traverses the center of the microregion along the Třebíč – Hrotovice – Moravský Krumlov axis. The best regional bicycle paths include the branches of the above-mentioned long-distance path, from Třebíč to Jaroměřice nad Rokytnou in an easterly direction through the municipalities of Valeč, Stropešín, Dalešice, and Slavětice and on towards Mohelno and Ivančice, and from Hrotovice in a southerly direction through Rouchovany to Znojmo. It is also worth mentioning the bicycle path that circles the Dukovany nuclear power plant.

Of course, the Hrotovice area also offers visitors the necessary requirements for a pleasurable stay in the region – a more than sufficient accommodation capacity, good food, as well as various sporting and social possibilities. We wish all visitors to the Hrotovice area many delightful experiences while touring our territory.